A Bit About Vinings GA


A Bit About Vingings GA

For hundreds of years Vinings was inhabited by Creek, then later by Cherokee, Native Americans, who farmed along the Chattahoochee River.
Vinings is a census-designated place and an unincorporated town in Cobb County, Georgia, just across the Chattahoochee River from Atlanta. As of the 2010 census, the town had a total population of 9,734. It is located between the affluent West Paces Ferry section of Buckhead in northwest Atlanta, and suburban Smyrna in Cobb County, adjacent to the Cumberland edge city. The U.S. Postal Service uses "Atlanta" for all Vinings addresses (ZIP code 30339).

Located alongside the Chattahoochee River and a mere ten miles northwest of Downtown Atlanta, Vinings contains the perfect blend of Southern charm and modern day sophistication. Home to over 9600 residents, Vinings is an unincorporated town that was originally known as Crossroads and then Paces back in 1830.
According to the United States Census Bureau, the CDP has a total area of 3.3 square miles, of which 3.2 square miles is land and 0.1 square miles, or 3.34%, is water.


Posted by North Atlanta Communities at 6:22 AM 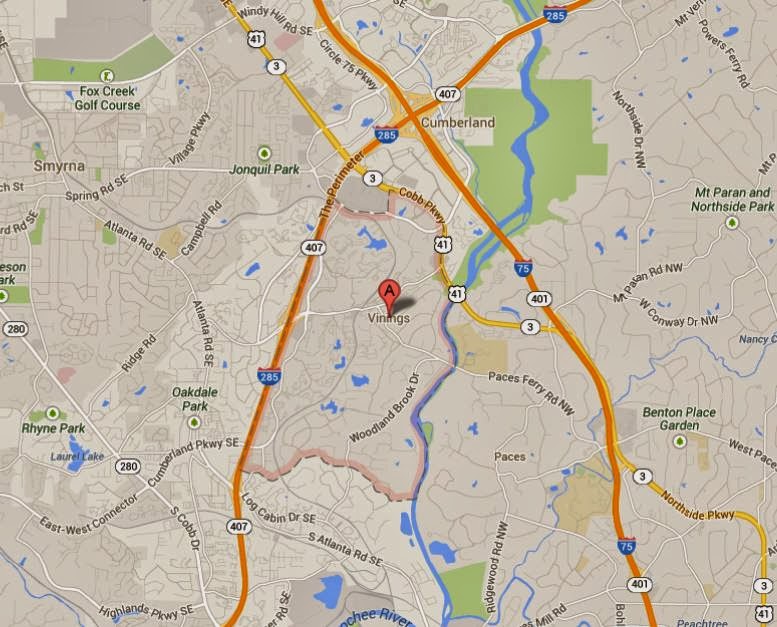 North Atlanta Communities
Thanks for visiting the blogs and photos I have posted about the Communities around North Atlanta GA. Here you will find information on communities, photos of neighborhoods, and blogs written to provide a resource to our readers.